Nearly 200 countries adopted the Glasgow Climate Pact at COP26 on 13th November 2021, after two weeks of negotiations. Some say it was a success, others a failure. It’s likely somewhere in between, with some significant developments after many months of raising of expectations. The 1.5°C climate target is still alive, barely.

The COP26 outcomes complicate strategy for companies. The strong possibility of disastrous climate change is real, and the delay in tackling the problem could ultimately lead to a later disorderly decarbonization once the realities sink in. Thus, companies will need to consider a wide range of scenarios, encompassing both physical and transition risks. Decarbonization is firmly on the agenda, all that is unclear is the rate at which it happens.

The Paris Agreement is an international accord that aims to limit the rise in global average temperatures to below 2°C above pre-industrial levels by 2100, and to pursue efforts to limit it to 1.5°C.

COP26 can credibly claim to have delivered its aim of keeping the 1.5°C target alive, even if the world is not that much closer to achieving it now before the discussions. The Paris Agreement is also a process, not just a target, and efforts will continue.

As part of the process countries must submit their emissions reduction plans (Nationally Determined Contributions). It was envisaged that these would be updated every five years.

COP26 resolved to accelerate the ratcheting mechanism of the Paris Agreement and the delivery of new national commitments, starting at COP27 in Egypt in 2022 with stronger plans for 2030.

Pledges at COP26 are expected to lead to warming of 2.4°C this century, better than the 2.7°C predicted before the summit but still a rise that would bring extreme climate impact; and these are pledges, not legally binding requirements.

Several countries including Australia and Saudi Arabia declared long-term net-zero carbon goals just ahead of COP26, meaning about 90% of world emissions are now covered by a net zero target. India pledged 2070, a long way past the 2050 date needed for 1.5°C.

However, talk of net-zero is mostly just talk. Many countries’ net-zero plans are alarmingly light on detail.

At COP26 rich countries, including the EU, pushed back on making up the shortfall but agreed to generate a new plan in the next three years for what a future climate finance goal would look like beyond 2025.

It was said that developed countries had failed to meet their commitments, even as they provided hundreds of billions of dollars in subsidies for fossil fuels

Developed countries agreed that by 2025 they would double adaptation finance for developing countries to about $40 billion a year, a doubling from 2019 levels.

Plans for a loss-and-damage fund for poorer nations were blocked by richer nations including the United States, Australia, and the European Union. Instead, plans were made for further discussions, meaning an actual fund may be years away.

It was said that the final COP26 decision was overwhelmingly compromised by countries that had contributed most greatly to the climate crisis, once again denying justice for climate vulnerable developing countries.

The Pact makes unprecedented mention of the role of fossil fuels in the climate crisis. Fossil fuel subsidies had never been explicitly mentioned at previous COPs, despite coal being one of the key drivers of global warming and trillions of dollars of subsidies being given annually to coal, oil and gas.

The Pact calls for the phasing down of unabated coal use and inefficient fossil fuel subsidies. This is significant.

New models: “coalitions of the willing”

There were notable developments outside the UN process. Groups of countries, companies and cities came together and developed their own climate agreements. These included phasing out coal power, reducing methane emissions, greening the financial-services industry and ending deforestation.

However, in each case some big nations were missing, and these multilateral processes may not carry much accountability.

It was said that there was no way to meet the goals of the Paris Agreement without such solutions.

In a surprise announcement, China and the US agreed to boost climate co-operation over the next decade.

COP26 ended with agreement on rules on carbon markets and offsets.

These cover a new global carbon market under Article 6 of the Paris Agreement, encouraging countries to focus on ambitious emissions cutting, and creating a further avenue for finance flows from developed to developing countries.

However, some experts warn against allowing too much offsetting, saying that is only an incentive for nations and businesses to keep emitting as usual, particularly rich nations and big business that can afford a lot of offsets.

So, where to take it from here?

The answer seems confusing, complicated, and overall scary.  If organizations, and nations, don’t truly develop and actualize clear, agile, and transparent roadmaps to decarbonize, the future goal of net zero seems to be in a faraway and fictional land.  Most importantly, the consequence of not achieving net zero by the dates promised, as mentioned earlier, will have extreme climate impacts on our world. Regardless of where you are in your journey to net zero, you need to start as soon as possible. Most have now taken on reporting as their place of start – this is great; however, many companies report on scope 1 and 2 but miss scope 3 – this is where the greatest opportunity lies for companies around the world.  Yet, looking at GHG emissions through scope 1-3 is not enough.  To totally decarbonize, you will need to look at four different decarbonization components including how carbon policy and pricing affects your net zero strategy, your total footprint value chain through scopes 1-3, your personal carbon offsetting and removal strategies, and how and how-often you are scenario modelling the outcomes of your CO2 strategy and the rates at which the world is decarbonizing.  Together, these four components will give you the total decarbonization journey to follow, while each of the components should have its own actionable and defined roadmaps for change.  As a whole, your decarbonization blueprint should be operationally driven and results governed. 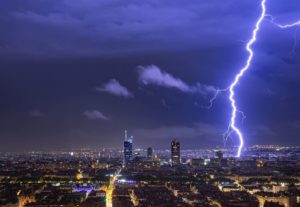 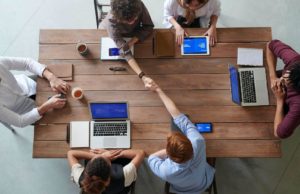