The effect of the Coronavirus on an already vulnerable Industry

With over 100,000 cases now identified Worldwide and some 3,000 deaths, the Coronavirus is beginning to have a debilitating effect on the world’s population and its economy industry. In the last couple of weeks, we have witnessed billions of pounds wiped from those companies listed on the world’s stock markets, £200bn alone from the London Stock Exchange. To mitigate the spread of this virus, nations and corporations alike are now implementing containment measures which are having an adverse effect on their economy and operations; in some cases, these effects are felt beyond borders and are disrupting services for customers, both B2C and B2B.

So what effect is this having on the Oil and Gas industry? A significant effect according to Goldman Sachs who estimates that the disruption to economic activity in China alone has resulted in an estimated four million barrels a day of lost oil demand, this compared to 5 million barrels in the Great Recession of 2008 and 2009 is unsettling an already fragile supply and demand curve. In a bid to maintain prices, OPEC last week agreed to cut production, but Russia in defiance is refusing to adopt this action and will continue production at pre coronavirus levels, most probably as its economy is fragile and so dependent on this source of income. So, what has been the overall effect of these actions on the oil price? Well, this morning (9th March 2020) the price of brent crude at one point reached US$31 a barrel, the lowest seen in over two decades.

In response to the spread of the Coronavirus threat, we have seen several of the large oil and gas majors publish their risk mitigation plans. Last week, TOTAL released a communique to their global staff of over 100,000 employees requesting that only essential travel be conducted whilst at Saipem, where a substantial number of their Italian based employees are located in the ‘locked down’ Lombard region, their employees have been told to remain at home. We also heard this morning that Neptune Energy over the weekend stopped all flights to and from its Gjoa Platform after a crew member was diagnosed with suspected Coronavirus like symptoms. In addition, we have seen the cancellation or delay of several conferences and exhibitions including the CERAWeek Energy Summit in which some 850 speakers, including the CEO’s of BP and Saudi Aramco, were due to present to over 6,000 delegates from 80 countries on carbon neutrality, energy transformation and other industry hot topics.

Although we have seen the share value of the major industry players fall by as much as 40% (Schlumberger) in less than 24 hours, it is difficult at this early stage to comprehend the full effect of the virus on the industry. Notifications to the market on major delays in existing projects are already being released by large construction contractors mainly located in the Far East where FPSO’s, platforms and large fabrication modules are being assembled but the full financial implications of these delays may not be fully known for months, possibly years in terms of the multi-billion dollar mega projects. The effect on future projects is also significant, although the decision to cancel last week’s CERAWeek Energy Summit by the organisers was the right one, the loss in business generation that these events support will cause a ripple effect through the industry for years to come.

So, what does the future hold for the sector? Well It is clear that the oil and gas industry is facing one of its most significant challenges at a time when it has been struggling with a glut in natural gas as well as pressure to reduce its carbon footprint and transform to cleaner sources of energy. It will be imperative that the industry, in the short term, works together to implement stringent and robust measures to protect its employees against this outbreak whilst at the same time being cognisant of the restrictions it will have to place on its operations. I therefore foresee oil and gas majors scaling back new operations and prospects as they make provisions in their balance sheets for the disruption this virus will cause whilst for the main contractors I see a period of realignment to an industry that will, in the short term, contract in order to survive; this could take the form of increased redundancies, mergers and possibly even acquisition activity as the larger players try to weather the storm.

It is probably true that the industry is not financially healthy and has been struggling to come to terms with a number of key issues. The effect of the Coronavirus has formed a ‘perfect storm’ and has the potential to tip the balance for some of the more financially challenged oil and gas businesses which have only just recovered from the oil price crash of a decade ago. 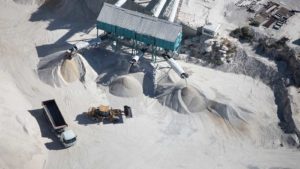 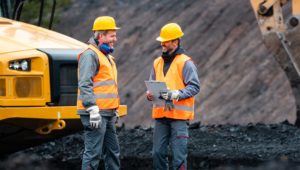 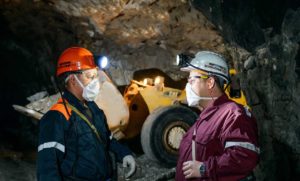 Maintenance after Covid-19: Agility and effectiveness in New Normal 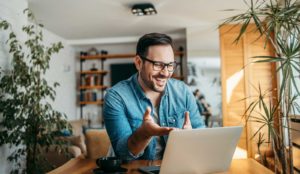 Connect with our leaders

See how we link change to financial outcomes for our clients